Why We Need to Stop Marketing to Kids

Imagine your reaction if you were walking down the street and saw a 15 year old smoking a cigarette. You’d likely feel some form of shock, disgust or even outrage.

Just half a century ago, however, your reaction might have been completely different. It's possible you wouldn’t even have noticed, as smoking was the norm in our culture (Government of Canada, 2012-2013). In a relatively short period of time, through a combination of policy, education and tax reform, Canada has successfully changed public perceptions of what’s normal and expected (Warshawski, 2016). If this can be done for cigarettes, why not for other issues, like obesity?

Obesity is a complex problem and there are many factors that affect a person's weight, including what we eat. Processed and low-nutritional quality food makes up more than 60% of the average Canadian’s diet (Heart and Stroke Foundation, 2016).

There are a number of things that impact what we choose to put into our shopping carts. One big influencer on those decisions is the billions of dollars food companies spend each year to get us hooked on their products. 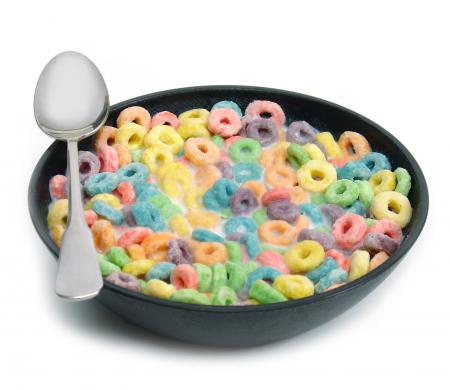 We know that the habits children form when they’re young will stay with them as adults. Food and beverage companies know this too, and target children in the hope of establishing lifelong customers. Today, children spend upwards of 42 hours every week in front of a screen (Standing Senate Committee on Social Affairs, Science and Technology, 2016). Companies have more opportunity now than ever to use this screen time to bombard children with direct and indirect marketing.

This approach might include traditional ads during television programs and video games, as well as in-app advertising, celebrity endorsements, attractive packaging, strategic placement in stores, cartoon mascots, event sponsorships and free giveaways. Researchers estimate children are exposed to between four and seven food and beverage ads each hour. More than 90% of these ads are for products high in salt, fat, sugar or calories (Heart and Stroke Foundation, 2016). This means that many children are exposed to almost 300 unique ads for unhealthy food and beverage products each week (Warshawski, 2016).

Children are also targets because they have tremendous buying power. Kids between the ages of 9 and 14 spend $2.9 billion annually. Food and beverage companies have also invested significantly to develop "cradle-to-grave" marketing strategies to instill brand loyalty from a young age. Each child that becomes a lifelong customer represents about $100,000 in profit (Lindstrom et al., 2013). Companies know that marketing to children pays, and that’s why they spend up to $2 billion annually to get kids committed to their products. 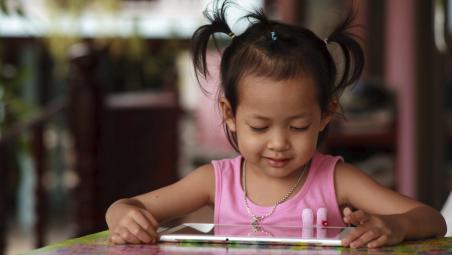 Advertising in Canada relies on a system of self-regulation. According to the Association of Canadian Advertisers' website, advertising to children is “no free for all.” To some degree, that's true. There are rules about advertising to children, as determined by the industry and outlined in the Canadian Code of Advertising Standards and the Broadcast Code for Advertising to Children. Advertisers who don't abide by those rules face reprimands. The catch, though, is that these rules don’t specifically address the nutritional value of products advertised to children.

To address this, a group of big-name food and beverage manufacturers developed the Canadian Children's Food & Beverage Advertising Initiative (Children’s Advertising Initiative). Each of the participating companies pledges to uphold a set of principles mainly related to promoting healthier products to younger children. Each company, too, developed its own pledge.

For example, Coke states that: “All our products are wholesome and suitable for all consumers. At the same time, we understand that children are impressionable, and we respect the role of parents and caregivers in raising children. Therefore, we are committed not to directly market messages for any of our beverages to children under 12.” (Canadian Children’s Food and Beverage Advertising Initiative: The Coca-Cola Company’s Commitment, 2007)

This is a message coming from the same company that has spent millions funding scientific research to show that exercise alone, and not diet, is the key to fighting obesity. However, 83 per cent of independent researchers found the Coke-funded findings to be flawed, and confirm the obvious link between diet and obesity (CBC News, 2015). 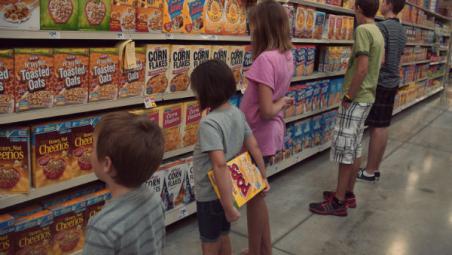 The general consensus among policy makers and health advocates is that self-regulation for children's food and beverage products just doesn’t work. The existing Codes don’t have concrete nutritional guidelines on what’s considered a “healthy” product, or on how often children can be exposed to ads for unhealthy food. And when it comes to the Children’s Advertising Initiative—which does address some nutritional issues—only a handful of companies have chosen to sign up and follow the guidelines.

In the past five years alone, children’s exposure to food and beverage marketing has increased by almost 20% (Heart and Stroke Foundation, 2016). Mother of two young girls, Jill Dyson, is frustrated and concerned with the situation. “I dread going down the cereal aisle because I know my daughter is going to see her favourite Disney princess on a sugar-coated cereal box and then feel sad when I don’t buy it.”

The situation is different in Quebec. The Quebec Consumer Protection Act prohibits commercial advertising directed at children under 13 years of age. Researchers suggest that this legislation reduces fast food consumption in Quebec by $88 million per year, and Quebec has one of the highest fruit and vegetable consumption rates in Canada and the lowest obesity rates among 6 to 11 year olds (Heart and Stroke Foundation, 2016).

Prime Minister Trudeau has already identified this issue as a priority in his mandate which commits Health Minister Philpott to promoting public health by “introducing new restrictions on the commercial marketing of unhealthy food and beverages to children, similar to those now in place in Quebec.” Results from a 2011 survey show that more than 85% of parents support restrictions being placed on the marketing of unhealthy foods and beverages (Warshawksi, 2016).

Major industry players would like to see change happen sooner rather than later. The Heart and Stroke Foundation and the Childhood Obesity Foundation have launched a national “Stop Marketing to Kids Coalition.” The coalition developed a list of Ottawa Principles (see appendix) to serve as policy recommendations for restricting the commercial marketing of all food and beverages to children and youth. The Principles have been endorsed by 27 organizations, including Physical and Health Education Canada, the Canadian Diabetes Association, Canadian Medical Association and Canadian Nurses Association (Heart and Stroke Foundation, 2016).

Captain Crunch and Toucan Sam have no role in shaping children’s eating habits. Through policy changes, education and other reforms, we can change what’s considered the norm when it comes to marketing and advertising to kids. Our children’s health and wellbeing is at stake, and there is no better time to act than now.

Restrict the commercial marketing of all food and beverages to children and youth age 16 years and younger. Restrictions would include all forms of marketing with the exception of non-commercial marketing for public education. In addition, the regulations should fulfill the nine Ottawa principles:

In Canada, policies and regulations to effectively protect children from commercial food and beverage marketing should:

1. AFFORD SUBSTANTIAL PROTECTION TO CHILDREN. Children are particularly vulnerable to commercial marketing. Policies and regulations need to be sufficiently powerful to provide them with a high level of protection. Child protection is the responsibility of every sector of society – parents and guardians, non-governmental organizations, the private sector, and government. January 2016

2. BE STATUTORY IN NATURE. Only legally enforceable regulations have sufficient authority and power to ensure high-level protection of children from marketing and its persuasive influence over food preference and consumption. Industry self-regulation is not designed to achieve this goal and has proven insufficient.

4. RESTRICT THE COMMERCIAL MARKETING TO CHILDREN IN CHILD-FOCUSED SETTINGS. Policies and regulations need to ensure that the commercial marketing to children (the specific types to be determined) is restricted in child-focused settings such as schools, childcare, early childhood education facilities, and sports and recreation centres.

5. TAKE ACTION TO MANAGE CROSS BORDER MEDIA. Cross-border media or communication channels, such as Internet, satellite and cable television, and free-to-air television broadcast from neighbouring countries, should be managed wherever possible. This is not a pre-requisite for restrictions to be implemented.

6. BE EVALUATED, MONITORED, RESOURCED AND ENFORCED. Policies and regulations need to be independently evaluated to ensure the expected effects are achieved, independently monitored to ensure compliance, and fully resourced and enforced.

7. BE IDENTIFIED AND ENACTED QUICKLY THROUGH A MULTI-GOVERNMENT APPROACH. All levels of government are urged to take action, with a view to have full compliance, as soon as possible.

8. ENSURE GOVERNMENT IS A KEY STAKEHOLDER IN DEVELOPING POLICY. Governments should provide leadership in setting the policy framework, while protecting the public interest and avoiding conflict of interest.