O Canada, Land of the Obese?

For four years and counting, Canadian kids have received a failing grade (D-) in their overall physical activity skills, according to ParticipACTION’s newly released 2016 Report Card on Physical Activity for Children and Youth. Only 9% of kids (between the ages of 5 and 17) get the recommended 60 minutes of daily physical activity.

Unfortunately this doesn’t come as a surprise to the majority of us in the industry. Year after year, we’ve witnessed children choosing iPads over the outdoors and seen cuts to PE programs, declining time allocated to physical education in the curriculum, and poor nutritional choices becoming the norm. We knew there would be consequences to these lifestyle choices, and they’re taking shape in the form of declining health, wellness and happiness.

These failing grades are a sobering reminder to those not so close to the issue that progress needs to be made—fast. Often the general public is surprised and shocked by the findings in the Report Card, and that’s a good thing. Thankfully the Report Card has received significant media interest this year, resulting in news outlets across the country engaging in serious conversations about how we can reverse this trend.

Will these conversations lead to action and change? If we use the last decade of Report Card grades as our guide, the answer would be no. We have made minimal progress in the last decade; the grade for physical activity improved from an F to a D- in the last four years. That’s hardly reason to celebrate. 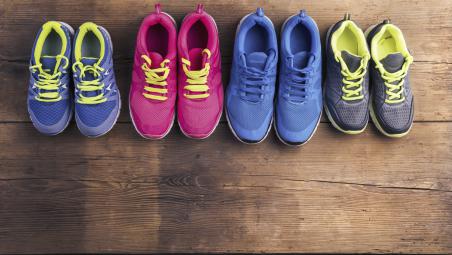 However, this year the Senate is also crusading for our cause. In March 2016, the Standing Senate Committee on Social Affairs, Science and Technology published a report titled Obesity in Canada: A Whole of Society Approach for a Healthier Canada. The Report offers 21 recommendations to combat the obesity epidemic in Canada, including advocating for improved physical education, physical activity and nutrition literacy courses, and encouraging active transportation and active play. How, when, and if these recommendations will be implemented is yet to be determined.

What needs to happen?

So if year after year we receive failing grades, and at the same time we are bombarded with alarming statistics on rising obesity and chronic diseases, what needs to happen for progress to finally be made?

One starting point would be to get a firm commitment from all the players involved: various levels of Government, school boards, teachers, school administrators, parents, non-Governmental organizations (NGOs), and of course, children themselves.

The Senate Report is making recommendations that only the provincial government can implement, as both health and education are under provincial jurisdiction. Each of Canada’s Provinces will need to be engaged, and the recommendations will need to be localized. How Nova Scotia makes holistic health a priority will look very different than how Saskatchewan takes on the challenge, but the end goal will be the same.

We have seen both positive and not-so-positive policies at the provincial level. Ontario, for example, recently revamped their health and physical education curriculum, making it “the most consulted-on curriculum document in Ontario history.” That’s positive. However, very shortly after, the province’s Minister of Education announced a $60 million math strategy that didn’t include any reference to using physical activity as a tool to boost academic performance, despite the sizeable research to support this connection. That’s not so positive.

The school system offers another layer of complexity. Individual school boards should be encouraged to work with their staff, the parents and the children to design policies and practices that make sense for them. Schools often have great intentions, but are severely limited by budgets, time and human resources. Schools should be designing plans that are specific, measurable, achievable, realistic and timely (or “SMART”). 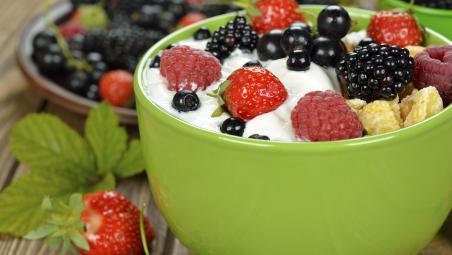 Parents are key if change is going to happen. They serve as the child’s ultimate role model and influencer. Similar to schools, parents’ good intentions can also be thwarted by day-to-day life, work, chores and financial realities. This is where NGOs can play a significant role.

These organizations can provide parents and all the players involved with useful and practical advice on how to achieve their goals. Many times parents don’t even realize that there are resources and programs—often free—out there to help. NGOs should also work closely with schools and governments to make sure parents know where to go to access the information and services.

And, of course, we can’t forget the children and youth themselves. Too often policies are designed without input from their stakeholders, and as a consequence they aren’t successfully adopted. Kids will have their own ideas for how they can get more active. If we listen to them, we’ll have a better chance of designing programs and resources in which they’ll actually want to take part. If kids are engaged and having fun, they’ll be more likely to make physical activity a part of their daily routine.

The Report Card may be a reminder that we haven’t progressed much, but it doesn’t mean that we won’t. 2016 has already seen a lot of attention paid to physical activity, and we can use this attention to advocate for our cause.

Let’s keep the momentum going. Start a conversation within your organization, reach out to your local politicians, connect with parents, and don’t forget to be a positive role model for health and wellness, yourself.

For the full report, visit: www.participaction.com/reportcard.